The more you bow, the higher you go

The quickest way to beat the ego

Today’s article starts from a quote shared by Rajni.

“the more you bow, the higher you go”

In Australia yoga consists mostly of a physical exercise regimen. Many innocent and aspiring students trudge off to a yoga studio once per week, decked out in the latest active wear to attempt to bring flexibility and strength to the body to look good and feel great.

Unfortunately, for many, this is as far as yoga gets.

Dreams of enlightenment, of equanimity and radiant peace fall short as the sweat builds up on the mat and frustration ensues – “am I there yet?”

What prompted this initial call onto the path of yoga?

Who is leading this journey? What is their inner state?

Most will never know the answers to these questions, which makes the ultimate fruit of the yoga practice seem either a long way off or completely unattainable.

Now available at most gyms and lumped in with pilates and body pump, modern Yoga doesn’t reflect the system of self cultivation laid out in the ancient texts and more importantly embodied by the few masters that remain and have walked the path.

In a traditional yoga practice, the accomplishment of the guide, called a Guru, is extremely important; for one can only take you into a realm they themselves have been.

For many, Bhakti Yoga, or the path of Devotional Yoga, consists of venerating the spiritual state and qualities of either a deity or a being whom has integrated and brought those qualities alive inside of themself (a Guru.)

This is different to a teacher, who may be one to impart technique. The Guru is the epitome of the practice itself. It lives inside of them.

In the deeper aspects on the path of Yoga, one is not simply a technician, mechanically pumping the body so as to produce ‘enlightenment.’ As one of my own Guru’s put it, otherwise why don’t we see a plethora of enlightened contortionists?

So if it isn’t about the technique, what is it about?

Our experience has been that the path of Yoga, which has included devotion, is about cultivating oneself in relationship to a Guru.

Who do you become when you humble yourself enough to bow before another human being in reverence and admiration?

What qualities does this devotion elicit inside of you?

The ego, that part of us always vying for supremacy, resists. It fears being taken advantage of. It sees no difference between you and the Guru – “they have a body just like mine!”

But in the act of bowing, one subdues and pacifies the ego. Temporarily the mind is out of the way. One can then open to their inner feeling; for us it has been humility, grace and receptivity.

On the right path

These virtues are perhaps the preconditions for enlightenment, and have greatly enhanced our own personal sense of wellbeing. Remember that one may have started out seeking relief from suffering, and a step towards feeling respect towards our fellow humans is a step in the right direction.

No complex asana was sat in, no gymnastics or theatrics, simply one act of humility; the recognition of the Soul in the other.

This leads to the awakening of the inner connection to one’s own Soul. Who you bow to is less important than the act of bowing. All humans have flaws, and the act of bowing to the complete package in front of us, softens our own relationship to our own mixed bag of emotions and feelings.

To whom you bow

At Kailash, we are first and foremost devoted to God, as Love, as unknowable in His entirety.

We bow to this inside of ourselves, in our Guests and in our Guru’s all as one. We take the individual sense of the Soul as a gateway to the universal soul.

These help everyday guests of all backgrounds either move closer to their own object of devotion, or to simply attain peace in the quickest possible way.

What we call ‘it’ is less important than the act of bowing. How we technically bow is also not important.

Externally or internally, the small act of humility of lowering one’s head for a moment is a gateway, and indeed the shortest path, beyond our own individual and collective suffering.

The Himalayan Meditation practice is a powerful way to elicit this inner feeling of devotion. It takes as the object of devotion your own inner, higher essence (we call it the Soul.)

During the Soul Retreat we share this and other practical tools for your physical and spiritual cultivation on the path of Yoga.

If you are ready to move in the most direct manner to a life of peace, it would be a joy to see you at the Ashram.

Learn more about joining the next Soul Retreat 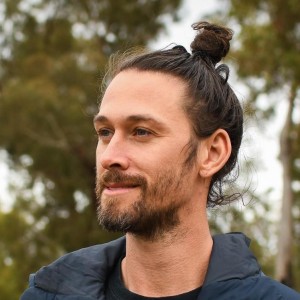 learn about our lineage

check out our weekly program